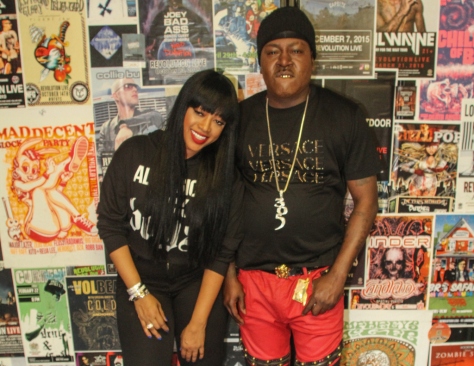 A few more prominent rappers are getting into the reality television game. Trick Daddy, Trina and Gunplay are starring in Love & Hip Hop: Miami, the newest branch of VH1’s popular Love and Hip Hop franchise.  END_OF_DOCUMENT_TOKEN_TO_BE_REPLACED

Dej Loaf rendezvous with that special one in the 305 on her brand new recording. There’s no telling where this will end up, but she is currently working on her debut album. For now, welcome to Miami. Hit the jump to check out the audio  END_OF_DOCUMENT_TOKEN_TO_BE_REPLACED

As Wiz Khalifa continues his cycle of what seems to be a new woman every couple of weeks, his latest romance may just be Deelishis! The two were spotted out once again, in Miami enjoying each others company END_OF_DOCUMENT_TOKEN_TO_BE_REPLACED

Mr. and Mrs. Carter kicked off their On The Run tour this evening at SunLife Stadium in Miami. Above, J+B opens up the show with “Bonnie & Clyde”. Hit the jump to see video END_OF_DOCUMENT_TOKEN_TO_BE_REPLACED

Drake’s Would You Like A Tour stopped in Miami two night ago at the American Airlines Arena. While performing “HYFR”, Weezy surprised the crowd with his verse and followed up with “Rich As Fuck”.
END_OF_DOCUMENT_TOKEN_TO_BE_REPLACED

It’s nice to be famous. Once your able to afford pretty much whatever you want, it is usually given to you for free. After the Heat won the NBA Championship last night they all went to club Story in Miami. The owner, who also happens to own club Liv, where the Heat partied last year after winning the title decided he was not going to charge the team for bottles of champagne. The players ordered 100 bottles of Dom Perignon and 3 separate 3 liter bottles of champagne. Each bottle of Dom is sold for $850 in the club and the 3 liters bottles are $5,000 each!! Well Damn! Now we all know clubs markup the price of bottles like crazy so the value isn’t as much as it seems, but to the club that was a total of over $100,000!! The owner said no way was he going to charge the Heat after they just turned Miami into an all night party. He ain’t stupid, he knows the players being there was good for business anyway.