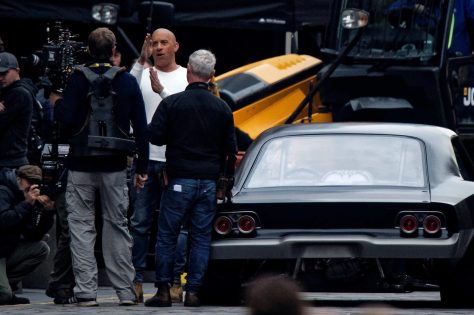 What my Fast and Furious now……… (sad face)

Movies that were recently in theaters are coming to digital including The Invisible Man and Emma on Friday, and Birds of Prey on March 24. There’s also Trolls: World Tour, which is currently the only film with no domestic theatrical run that is set to debut online. It will be a fascinating test to see how tentpole titles do when released via the on-demand model, and could lead to future day-and-date releases. Don’t expect to see Furious 9 on a streaming service, though.

Universal pushed the release date for the ninth installment in the Fast and Furious franchise from May 22 to April 2, 2021, as “it’s become clear that it won’t be possible for all of our fans around the world to see the film this May,” according to star Vin Diesel. There’s been speculation that the studio might put the movie on Peacock, its upcoming streaming service, but the Hollywood Reporter shut that possibility down.

As for a potential blockbuster film aimed at more quadrants, [media analyst Rich Greenfield] says no studio is likely to launch a movie with the potential to gross $1 billion on-demand, even in the current crisis. That explains Universal’s decision to push F9, the ninth installment of the Fast and Furious franchise, into 2021. (While some in the industry have speculated the studio might consider putting the film on its forthcoming Peacock streaming service to generate excitement — especially if the Olympics are postponed — studio sources rule that out, especially as the Peacock service is not international and the films derive a lot of revenue from China and Latin America.)

It’s a shame we have to wait a year to discover how Han magically returned from the dead, but Vin Diesel has a suggestion for how to pass the time: watch Bloodshot, out on digital next Tuesday, on repeat.