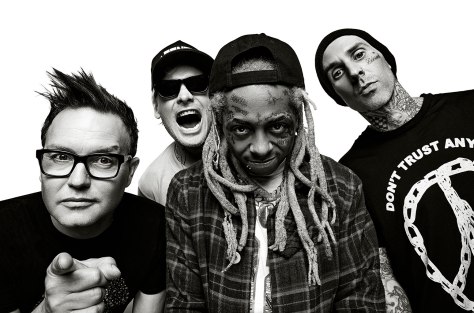 Lil Wayne cut his set short on Thursday during a tour stop in Virginia with rock group Blink-182.

It seems Weezy didn’t like performing early during the show when the crowd was still walking in. Blink are the headliners on the tour, which runs through October.

From Jiffy Lube Live in Bristow, VA on 7/11/2019. Wayne was supposed to go on after Neck Deep, but before Blink 182 and play around 30 songs. He played around 10 before making the above comments and putting his mic down in the center of the stage before walking off….

“I just want the people to know, if you wondering, please forgive me but I am so not used to performing to a crowd and there’s not too many, you know, like still, [coming in],” said Tunechi, who recently responded to Tyga’s video for “Lightskin Lil Wayne.” “That’s not my swag. I’m not sure how long I’m gonna be able to do this tour, but make some noise to Blink-182 for including me anyway. This might be my last night, though. Let’s go.”

He basically just said that the crowd weren't his fans. I'm not sure if he was concerned about the size, composition, or both. It is obviously a pretty white crowd because Blink-182 is the headliner and we are in somewhat rural Virginia.