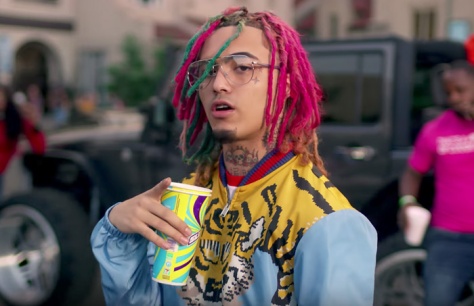 Lil Pump is having an eventful week.

He’s already got kicked out of a hotel room and caused a fuss at an elementary school and last night he got into it with someone at one of his concerts. It happened at a show in Connecticut after one guy threw a water bottle at him.

“That was you? You think you funny?” asked Pump. “Come up here and do that shit pussy.”

From there, the Florida rapper threw his microphone at the bottle tosser, and then security took him off stage.  You can also see a guy who looks like one of Pump’s boys jump into the crowd and start throwing haymakers at him.  Pump never returned to the stage after that and the concert was over.

Why do you think someone would spend their money on a ticket just to go and throw something on stage? You can see the incident below from two different angles. You can also see Pump talk about it.

A hater threw a water bottle at #lilpump and pump threw the mic 🎤 back at the fan. Via @zacsebastiao

The #LilPump show in #Connecticut ends abruptly after a fan in the crowd threw something at him! 😳 @lilpump (📸 @jasonwshh) #WSHH