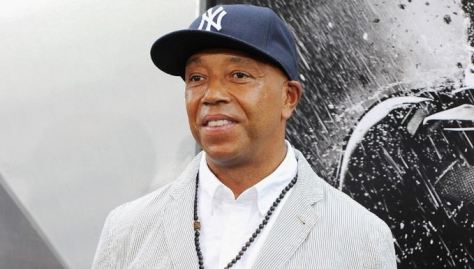 As the co-founder of Def Jam, there’s few people better qualified to bring hip-hop’s history to the masses than Russell Simmons. According to Deadline, Rush has been tapped to produce a new documentary series titled The Definitive History of Hip-Hop.

Executive produced by Simmons, screenwriter Stephen David and GroupM Entertainment’s Richard Foster, the docu series will chronicle hip-hop’s humble beginnings in the Bronx in the ’70s to the global cultural force it is today, with a focus on the personal stories of the pioneers of rap music.

“Hip hop began in the Bronx and Queens and was fueled by pioneering new artists with an incredible hunger to express themselves in unimaginably bold new ways,” Simmons said. “The Definitive History of Hip-Hop is the untold story of the birth of this art form. The series gets behind the scenes of what drove the beats, the rhymes, the ideas — and the people — that so powerfully hit a chord with all of youth culture in America and around the world.”

All Def CEO Sanjay Sharma added, “with the breakout success of entertainment properties like Straight Outta Compton and Moonlight in film, Empire and Atlanta in television, even Hamilton on Broadway, there could not be a better time to tell this story about the embryonic days of hip hop.”

Netflix’s Hip-Hop Evolution proved to be a success, even if it left the last two-and-a-half decades of rap music untouched, but it’ll be interesting to see how Russell Simmons and co. bring hip-hop’s story to the small screen. Production is set to begin later this year.