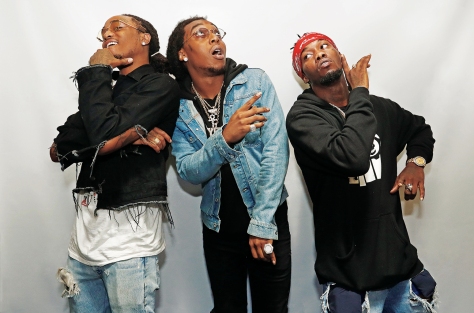 In attempt to clear up their remarks made about iLoveMakonnen, Migos talk to Billboard about closing their case on hating gay people.

Earlier this year the trap trio made some controversial comments about Makonnen, saying his sexuality takes away from his street cred. In an interview with Billboard, Quavo tries to disprove that his group has any animosity towards the gay community because they have a song with Frank Ocean (“Slide” with Calvin Harris):

“I got a record with Frank Ocean. That closes my case,” he said.

He also thinks Makonnen is a little fraudulent in his ways: